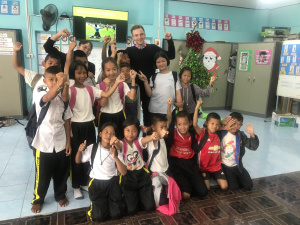 When I heard that it was my dad who said those words I was at first alarmed. Not only was he mostly unresponsive at the time, but I had never heard him say anything within the same realm as that before. Yet there I was, standing by his hospital bed being briefed on his musings on love. After the initial shock of its origins wore off I began to grasp the weight of those words and the source from which they arrived.

Three weeks later, my mom and I sat in my dad’s hospice room where we had spent the last two and a half weeks watching a revolving door of family and friends say their goodbyes. The amount of grieving I witnessed was enough to drain my soul 100 times but the amount of…